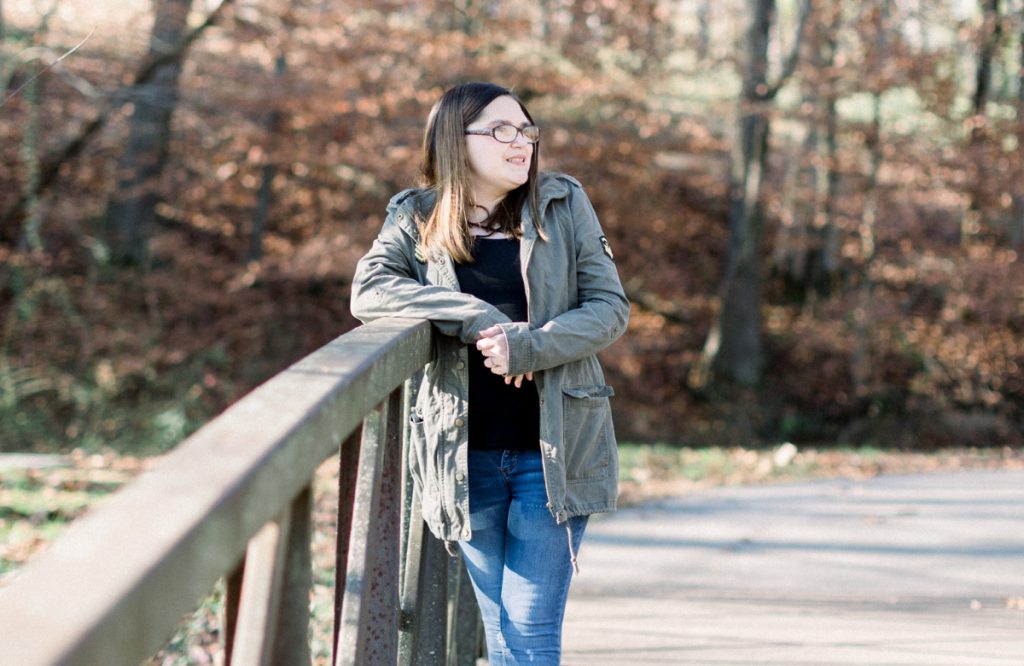 On a bright fall morning in August, 23-year-old Danielle Hacker, a London, Kentucky native and resident, woke up, got dressed, and started her day like any normal young woman.  The newlywed went to work as usual and didn’t expect how quickly her normal day could turn into a life altering event.

“I was working with my mother-in-law, cleaning a house in Somerset. I was down vacuuming a floor on my hands and knees. I had fallen over and quickly realized I was not able to get myself back up,” Hacker recalls.

Danielle’s mother-in-law, Robin, rushed to her side and was able to recognize that Danielle’s symptoms, which included the loss of control of her left side, facial drooping, and slurred speech, aligned with that of a stroke. She immediately called 9-1-1.

Local EMS were dispatched and brought Danielle to Lake Cumberland Regional Hospital, where emergency department and stroke team members were preparing for their arrival while Danielle was en route.

“When we arrived on the scene, we found a younger female than what most typically think of when you think of a stroke patient. She was laying in the floor, completely unmoving on one side with slurred speech and facial droop,” recalled Jhon Powell, Paramedic with Somerset-Pulaski County EMS. “In situations like these, there are several things we have to worry about and consider, one of course is definitely time, but also, medications the patient is taking,” said Powell. “We not only need to diagnose what is going on quickly in the field, but also transport the patient to the nearest appropriate treatment facility as soon as possible.”

Having a stroke can be a terrifying emergency for anyone, but especially for a younger patient – to suddenly not be able to sit up on your own, talk normally, or move your body like you believe you should be able to is a shock.  “In a lot of calls like this, there is a portion of the treatment that comes into play that often gets overlooked,” said Powell.  “My partner and I knew that it was just as important to talk with her and explain to her what was going on, what we were doing before we did it, and how we planned on treating her medically – just being there for your patient as well as their loved ones.”

EMS was able to transfer Danielle to a stretcher and to the ambulance, as well as communicate back to Robin about the care that Danielle would receive. On the way to the hospital, paramedics kept Danielle calm and gathered as much personal medical history as possible. They also contacted the staff in the Lake Cumberland Regional Hospital Emergency Department to give Danielle’s report. “We called a confirmed stroke alert and when we arrived at Lake Cumberland, the staff there wasted no time in having us report directly to the CT room,” said Powell. “We did a full verbal report with LCRH and they, as always, were very attentive and helpful with the transfer.”

“Danielle’s stroke alert was ETA-10 minutes when we received the call. Because of this early communication with EMS, our stroke team and the lab were already in the CT room when she arrived,” recalls Samantha Saylor, RN, the Stroke Educator at Lake Cumberland. “I was performing an initial NIH stroke scale evaluation, her medical history, medication list and other pertinent information was being collected by an ER charge nurse, the lab tech was drawing blood and the CT tech was getting IV access while we transferred Danielle onto the CT table,” said Saylor.

When patients arrive with symptoms of a stroke, The National Institute of Health Stroke Scale (NIHSS) is used to determine how compromised the patient’s neurological system is and ultimately determines the best course of action. The NIHSS is a combination of tasks and questions that patients perform and answer. The lowest score, being zero, means they are neurologically intact. The highest possible score, 42, means they have severe neurological deficits. “Danielle scored an eleven because of her associated symptoms. This is a very significant score for a seemingly healthy, young adult,” said Saylor.

“Once I arrived at the hospital, I was given a head CT that showed a blood clot in my brain. They administered tPA to try and bust the clot,” said Danielle. “All of the nurses and doctors remained very informative and professional. I was screaming in fear because I had no control of the left side of my body, but they helped me remain as calm as possible,” said Danielle.

The radiology team at Lake Cumberland read Danielle’s CT and confirmed that she had multiple Large Vessel Occlusions (LVOs). LVOs are ischemic strokes that result from a blockage in one of the major arteries of the brain. Dr. Rogers, Medical Director of the Emergency Department at LCRH, agreed that Danielle was within the recommended 3 hour window to receive the clot busting medication Tissue Plasminogen Activator, or tPA.

Because LCRH team members worked together and followed standard protocols, the best course of treatment for Danielle was determined and implemented extremely quickly. “Our door to needle time was 33 minutes with the goal being less than 60 minutes. Door to needle time indicates the time the patient presents at the emergency room to the time tPA, a clot busting drug, is administered,” stated Saylor.

As an Advanced Certified Primary Stroke Care Center, LCRH has the capability to administer tPA and perform advanced diagnostic assessments due to the availability of high-tech imaging. This certification is awarded only to hospitals that meet standards set by The Joint Commission for being a leader in the identification, intervention, and treatment of stroke care for patients. However, Danielle’s situation required a thrombectomy procedure to remove the blood clots from blood vessels in her brain. This procedure can only be completed at a Thrombectomy-Capable Stroke Center, so Danielle was transferred as quickly as possible.

“Lake Cumberland Regional Hospital was fast, responsive, and professional,” said Danielle. “I am extremely thankful for how they cared and comforted me during what was the scariest moment I have ever had in my life. I know that if they didn’t act as fast as they did, I would not be here telling my story today.”

Don’t Delay Care, Despite the Pandemic

Danielle ending up in the hospital that day –especially during a pandemic—was the last thing on her mind.  But when it hit, there was no way she could delay.

“Yes, I was in the hospital during a pandemic, but I wasn’t nervous because I had faith the hospital was implementing appropriate safety measures,” said Danielle. “They took my mother in law Robin’s temperature before allowing her to come back with me and once my husband arrived, he was not allowed back because of existing visitor restrictions. There was no reason for me to be upset because I knew it was for my safety and everyone else’s in the hospital as well.”

Looking Forward to a Healthy Holiday

Within less than two hours, Danielle was transferred by ambulance to another facility, where the clot that caused her stroke could be removed. Stroke is the leading cause of disability in the United States and stroke rehabilitation can be a long road.   But the faster blood flow is restored to the brain, the better the chances are for recovery. Fortunately, Danielle got the right treatment quickly. After a week spent hospitalized in recovery, Danielle is now back home in London with her family, doing well and looking forward to the holidays.  She has had to make several lifestyle changes to maintain her health but understands the importance of taking her condition seriously. Danielle encourages others to learn the signs of stroke and what to do when you spot them. She knows her outcome could have been different if her loved ones were not paying close attention to her symptoms and she hadn’t received appropriate and immediate care.

“I’m so thankful for my family. I have no idea what could have happened to me if they weren’t here with me through it all,” says Danielle.

If you suspect that you or someone else is having a stroke, call 9-1-1. To learn more about the signs and symptoms of stroke, and stroke care at Lake Cumberland Regional Hospital, visit LakeCumberlandHospital.com/neurosurgery/stroke-care.